1. Break-away panel can be broken

Refers to many small area circuit boards, in order to facilitate the downstream assembly line plug-ins, parts, welding and other operations, in the PCB manufacturing process, it is specially combined in a large board, for various processing. Upon completion, local Routing shall be performed between independent plates in the way of knife hopping, but several pieces of "Tie Bar" or "break-away Tab" with sufficient strength shall be retained, and several holes shall be drilled between the plates and the edges of the plates. Or v-notch on top and bottom, so that the panels can be broken apart after the assembly process. This kind of small board assembly way, will be more and more in the future, IC card is an example.

Of the cathode or anode rod itself, or the cable to which it is connected. In addition, in the "process" of the circuit board manufacturing, the outer edge of the gold finger is close to the edge of the board, and there is a common wire (which must be covered during the gold-plating operation), and then a narrow piece (both of which need to reduce its area as much as possible to save gold) is connected to each finger, which is also called the Bus Bar. The slices connected with Bus Bar by individual fingers are called Shooting Bar. When the board is finished, both are cut off. 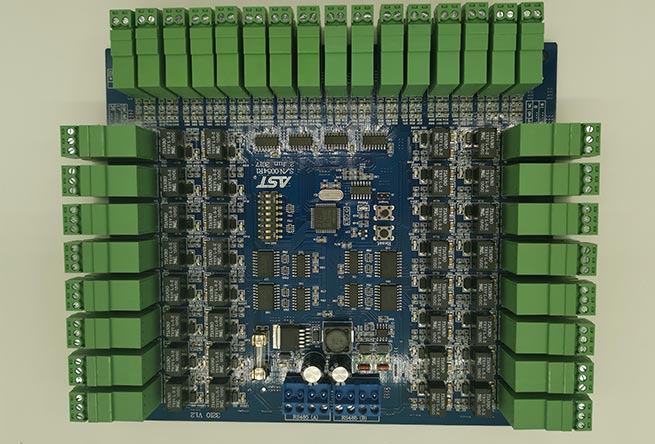 Computer Aided Design, is to make digital Layout of circuit board with special software and hardware, and transfer digital data to original negative plate with optical plotter. This kind of CAD is more accurate and convenient than the manual method for the circuit board prefabrication.

Nominal Distance from the centre to the centre of any two conductors on the plate surface. If each conductor is continuously arranged with the same width and Pitch (as in the gold-fingered arrangement), the "Pitch from center to center" is also called Pitch.

Refers to the inner layer of a multilayer board, if the conductor surface is not connected with the hole wall of the through-hole, the copper foil around the through-hole can be eroded to form an empty ring, specially called "empty ring". The distance between the green paint printed on the outer plate and the hole rings is also called Clearance. However, due to the current board line density is gradually increasing, so that the original green paint is forced to almost no room.