Electric circuit board assembly for sale

Refers to the through hole inserted into the foot of the part on the board, the aperture of this foot hole is about 40 mil on average. Now after the prevalence of SMT, large aperture jacks have been gradually reduced, only a few connector gold pinholes still need to be inserted and welded, most of the other SMD parts have been replaced by surface adhesion.

Early in the circuit board circuit board manufacturing all adopt through hole insert era, the parts must be installed in the front of the board, it is also called the front of the "component surface". The opposite of the board for only for wave Soldering tin wave through, so it is also known as the "solder Side" (Soldering Side). At present, both sides of SMT board have to be glued with parts, so there is no "component surface" or "solder surface", only the front or back. The name of the manufacturer of the electronic machine is usually printed on the front, and the UL number and date of manufacture of the circuit board can be added on the back of the board. 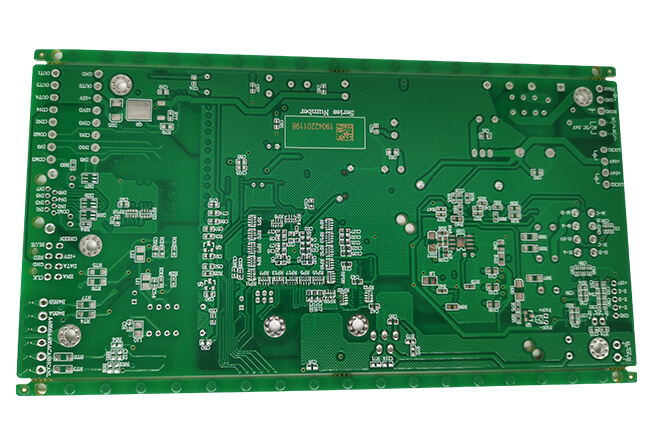 Refers to the circuit board surface of a conductor, from its edge to another nearest conductor edge, which covers the insulation substrate surface span, that is, the conductor spacing, or commonly known as the spacing. Conductor is a general term for various kinds of metal conductors on circuit boards.

On the electronic pcb assembly circuit board is specially refers to the gold finger and the connector contact point, when the current through the resistance. In order to reduce the formation of oxides on the metal surface, the gold fingers that are normally positive, and the negative clip clips of connectors, should be plated with metal to resist the occurrence of "load resistance". Contact resistance also exists between the plug of other electrical appliances and the socket, or between the guide pin and its socket.

On circuit board plates, special marks are often left at four corners as the actual boundaries of the board. If the inner edges of the marks are connected together, it is the boundary line of the Contour of the finished plate.

Previous: What are the common types of PCBA substrates?