What are the common types of PCBA substrates?

What are the common types of PCBA substrates?

2. Aluminum substrate is a kind of metal substrate copper clad plate with good heat dissipation function. Generally, a single panel consists of three layers, namely, circuit layer (copper foil), insulation layer and metal base layer. Aluminum substrates are commonly used in LED lighting products. There are two sides, the white side is welded LED pin, and the other side shows the color of aluminum. Generally, the thermal conductivity part will be contacted after applying thermal conductivity coagulation.

3. FPC board is a polyimide or polyester film as the substrate made of a highly reliable, excellent flexible printed circuit board. It has the characteristics of high wiring density, light weight, thin thickness and good bendability. Used in mobile phones, hard drives and other high-end products.

During ICT testing, the test probe is mainly used to contact the test points on the High precision PCBA board, which can detect the short circuit, open circuit, component welding and other fault problems. Can quantitatively on the resistor, capacitor, inductor, crystal and other device to measure, the diode, triode, light lotus root, transformers, relays, operational amplifier, power supply module function test, for small and medium scale integrated circuit function test, such as all 74 series, the Memory type, commonly used driver IC, exchange, etc.

Some approaches to ICT testing are;

Test with operational amplifier. The concept of "virtual land" from "A" point is as follows:

Vs and Rref are respectively excitation signal source and instrument calculated resistance. If we measure V0, then Rx can be solved. If the Rx to be measured is capacitance and inductance, then Vs ac signal source and Rx is impedance form, C or L can also be solved. 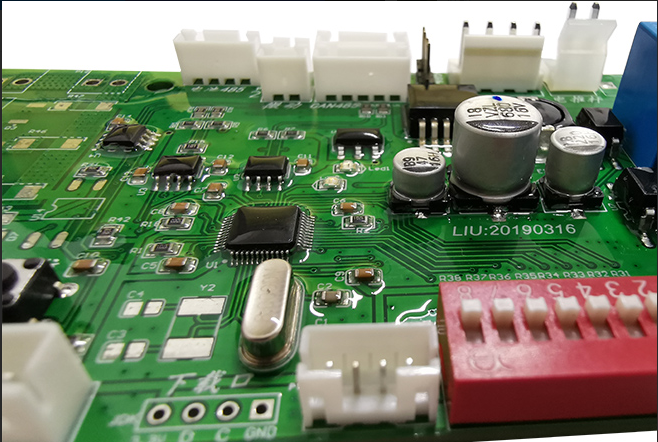 For digital IC, Vector test was adopted. PCBA Supplier shares that Vector testing is similar to the measurement of truth table, which can stimulate input vector and measure output vector, and judge the quality of devices through the actual logic function test. Such as: and not gate test

Analog IC test, according to the actual function of IC excitation voltage, current, measurement of the corresponding output, as a function block test.

Next: Electric circuit board assembly for sale