Printed boards have evolved from single layers to double-sided, multi-layer and flexible, and still maintain their respective trends. Due to the continuous development of high precision, high density and high reliability, the volume is reduced, the cost is reduced, and the performance is improved, so that the printed circuit board still maintains a strong vitality in the development of electronic equipment in the future.

1. The overall development of China's PCB industry is rapid

Since the reform and opening up, China has attracted large-scale transfer of manufacturing industries in Europe and the United States due to preferential policies in labor resources, markets, and investment. A large number of electronic products and manufacturers have set up factories in China, and this has led to the inclusion of PCBs. The development of related industries within. According to China's CPCA statistics, in 2006 China's actual PCB production reached 130 million square meters, with an output value of US$12.1 billion, accounting for 24.90% of the global PCB output value, surpassing Japan to become the world's number one. From 2000 to 2006, China's PCB market grew at an average annual rate of 20%, far exceeding the global average. The global financial crisis in 2008 caused a huge impact on the PCB industry, but it did not cause a catastrophic blow to China's PCB industry. Under the stimulus of national economic policies, China's PCB industry experienced a full recovery in 2010. In 2010, China's PCB output value reached US$19.071 billion. Prismark predicts that China will maintain a compound annual growth rate of 8.10% between 2010 and 2015, which is higher than the global average growth rate of 5.40%.

China's PCB industry is mainly distributed in South China and East China, and the two add up to 90% of the country, and the industrial clustering effect is obvious. This phenomenon is mainly related to the main production bases of China's electronics industry, which are concentrated in the Pearl River Delta and the Yangtze River Delta. 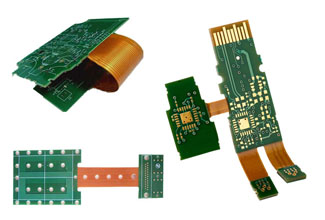 Although China is already the world's number one in terms of industry scale, it still lags behind the world's advanced level in terms of the overall technical level of the PCB industry. In terms of product structure, multi-layer boards occupy most of the output value ratio, but most of them are medium- and low-end products with less than 8 layers, HDI PCB, flexible boards, etc. have a certain scale but are technically superior to foreign products such as Japan. The gap, the most technologically advanced IC carrier board, is rarely produced in China.

The domestic and international discussion on the future development trend of printed board manufacturing technology is basically the same, that is, high density, high precision, fine aperture, fine wire, fine pitch, high reliability, multi-layer, high-speed transmission, lightweight, The development of thin-type direction, in the production at the same time to improve productivity, reduce costs, reduce pollution, adapt to the development of multi-variety, small-volume production. The technical development level of printed circuits is generally represented by the line width, aperture, and plate thickness/aperture ratio on the printed board.

Next: A brief history of PCB development