A brief history of PCB development

At the beginning of the 20th century, in order to simplify the production of electronic devices, reduce the wiring between electronic components, and reduce the manufacturing cost, etc., PCB manufacturer began to study the method of replacing wiring by printing. For thirty years, engineers have been proposing to wire metal conductors on insulated substrates.

The most successful is that in 1925, the Charles Ducas of the United States printed the circuit pattern on the insulating substrate, and then successfully established the conductor for wiring by electroplating.

Until 1936, the Austrian Paul Eisler published foil technology in the UK, he used a printed circuit board in a radio device; in Japan, Miyamoto Hiroyuki used the spray wiring method. The method of blowing the wiring method (No. 119384) successfully applied for a patent. The two methods of Paul Eisler are most similar to today's printed circuit boards. This type of practice is called subtraction, which removes unwanted metals. Charles Ducas and Miyamoto help only add the required The wiring is called the additive method.

Even so, because the electronic components at that time generated a large amount of heat, the substrates of the two were difficult to use together, which led to the lack of formal use, but also made the printed circuit technology further.

In 1941, the United States painted copper paste on talc for wiring to make a proximity tube.

In 1943, Americans used the technology extensively in military radios.

In 1947, epoxy resins began to be used as substrates for fabrication. At the same time, NBS began to study the manufacturing technology of coils, capacitors, resistors, etc. by printed circuit technology.

In 1948, the United States officially recognized the invention for commercial use.

Since the 1950s, transistors with lower heat generation have largely replaced the status of vacuum tubes, and printed circuit board technology has been widely adopted. At that time, the etched foil technology was the mainstream.

In 1951, the appearance of polyimide made the heat resistance of the resin further, and a polyimide substrate was also produced.

In 1953, Motorola developed a double panel with a plated through hole method. This method is also applied to later multilayer boards.

Printed circuit boards were widely used 10 years later in the 1960s, and their technology is becoming more mature. Since the introduction of Motorola's dual-panel, multi-layer printed circuit boards have begun to appear, increasing the ratio of wiring to substrate area. 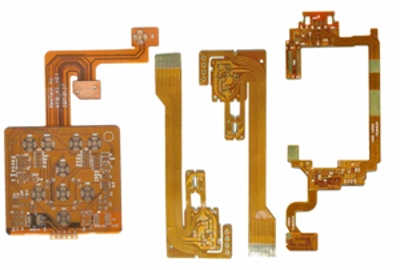 In 1960, V. Dahlgreen affixed a circuit-coated metal foil film to a thermoplastic plastic to create a flexible printed circuit board.

In 1961, Hazeltine Corporation of the United States made a multi-layer board by referring to the plated through-hole method.

In 1967, "Plated-up technology", one of the method of layering, was published.

In 1969, FD-R made flexible printed circuit boards from polyimide.

In 1979, Pactel published the "Pactel Method", one of the methods of layering.

In 1990, IBM developed a layered printed circuit board for the Surface Laminar Circuit (SLC).

In 1995, Matsushita Electric developed the layered printed circuit board of ALIVH.

Next: PCB production process is revealing