2, the production of core board

Cleaning the copper clad plate, if there is dust, may cause the last circuit to be shorted or open circuit.

4, core board drilling and inspection

The core board has been successfully produced. Then, the alignment holes are made on the core board to facilitate alignment with other materials. Once the core board is pressed together with the other layers of the multilayer PCB, it cannot be modified, so the inspection is very important. The machine will automatically compare with the PCB layout drawing to see the error. 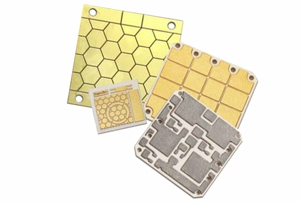 The lower layer of copper foil and the two layers of prepreg have been fixed in advance through the alignment hole and the lower iron plate, and then the prepared core plate is also placed in the alignment hole, and finally two layers of prepreg, a layer of copper foil and A layer of pressure-bearing aluminum plate covers the core. The PCB boards sandwiched by the iron plates are placed on the holders and then fed into a vacuum hot press for lamination. The high temperature in the vacuum hot press melts the epoxy in the prepreg and holds the core and copper foil under pressure.

To connect the four layers of copper foil that are not in contact with each other in the PCB, first drill the perforations through the top and bottom to open the PCB, and then metallize the holes to conduct electricity. Place a layer of aluminum on the puncher machine and place the PCB on top. In order to improve efficiency, 1 to 3 identical PCB boards are stacked together for perforation according to the number of layers of the PCB.

First, the cured film on the PCB is washed away. The undesired copper foil covered by it is then washed away with a strong alkali. The tin plating on the PCB layout copper foil is removed by using tin-removing liquid.

Next: PCB board different material