Electric circuit board system is classified as follows:

We just mentioned it, so we call this PCB a single-sided. Because single-panel has many strict restrictions on the design line (because there is only one side, the wiring can not be crossed * and must be around the original path), so only the early circuit used this type of board.

This circuit board has wiring on both sides. However, to use the wires on both sides, it is necessary to have proper circuit connections between the two sides. The "bridge" between such circuits is called a via. The via hole is a small hole filled or coated with metal on the PCB, which can be connected to the wires on both sides. Because the area of the double panel is twice as large as that of the single panel, and because the wiring can be interlaced (can be wound around the other side), it is more suitable for circuits that are more complex than single panels.

In the case of more complex application requirements, the circuit can be arranged into a multilayer structure and pressed together, and the through-hole circuit is built between the layers to connect each layer.

The copper foil substrate is first cut into a size suitable for processing. Before the substrate is pressed, the copper foil on the copper surface is usually roughened by brushing, micro-etching, etc., and the dry film photoresist is closely adhered to it at an appropriate temperature and pressure. The substrate with the dry film photoresist is sent to an ultraviolet exposure machine for exposure, and the photoresist is polymerized after being irradiated with ultraviolet rays in the light transmitting region of the film (the dry film in the region will be in the later development and copper etching step). It is retained as an etch resist) and the line image on the film is transferred to the dry film photoresist on the board. After the protective film on the film surface is peeled off, the unexposed area on the film surface is developed and removed with an aqueous solution of sodium carbonate, and the exposed copper foil is etched away with a mixture solution of hydrochloric acid and hydrogen peroxide to form a line. Finally, the dry film photoresist that has been retired is washed away with an aqueous solution of sodium hydroxide. For the inner layer circuit board of six or more layers, the riveting reference hole of the interlayer line is punched out by the automatic positioning punching machine.

The number of layers in the board represents several separate layers of wiring, usually with an even number of layers and containing the outermost two layers. Most of the motherboards are 4 to 8 layers of structure, but technically can achieve nearly 100 layers of PCB. Large supercomputers mostly use quite a few multi-layer motherboards, but because such computers can already be replaced by clusters of many common computers, super-multilayer boards have gradually disappeared. Because the layers in the PCB are tightly coupled, it's not easy to see the actual number, but if you look closely at the motherboard, you might see it.

The automatic detection technology of the professional printed circuit board is applied with the introduction of surface mount technology, and the packaging density of the circuit board is rapidly increased. Therefore, even for a board of low density and a general number of boards, automatic detection of the board is not only basic but also economical. In complex board inspection, two common methods are the needle bed test and the double probe or flying probe test. 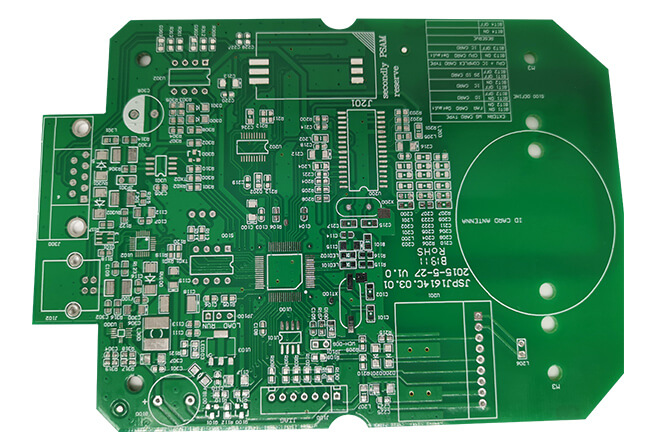