10 important rules for PCB board layout

PCB wiring, that is, the road where the power signal is laid to connect the various devices, is like connecting roads to connect cities. In PCB design, wiring is an important step in completing product design, and it is also the most detailed and highly qualified step. Even experienced engineers are also a headache for wiring.

The following are important rules for PCB layout. As long as you are engaged in PCB related work, you should master: 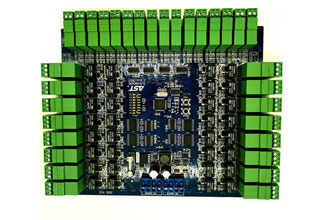 The wires at the input and output should be as parallel as possible. In the PCB layout, the routing direction of adjacent layers is orthogonal, so that different signal lines are prevented from going in the same direction in adjacent layers to reduce unnecessary interlayer interference. When PCB layout is structurally constrained (such as some backplanes), it is difficult to avoid parallel wiring, especially when the signal rate is high, you should consider using the ground plane to isolate the wiring layers and ground the signal lines with ground. The schematic diagram of the routing direction of adjacent layers is shown below.

In the PCB layout, in order to avoid the "antenna effect" generated by the wiring and reduce the unnecessary interference radiation, it is generally not allowed to have a wiring form with one end floating, otherwise it may bring unpredictable results.

That is, the short-line rule should be designed to minimize the length of the wiring to reduce the interference caused by the long trace, especially for some important signal lines, such as the clock line. Be sure to place the oscillator close to the device. The place. In the case of driving multiple devices, the network topology should be determined according to the specific situation.

The wiring width of the same network should be consistent. The change of the line width will cause the characteristic impedance of the line to be uneven. When the transmission speed is high, reflection will occur. This should be avoided in the design. Under certain conditions, such as the connector lead-out line and the similar structure of the lead-out line of the BGA package, the line width variation may not be avoided, and the effective length of the inconsistent portion in the middle should be minimized.

When the PCB is routed, the turn of the trace is unavoidable. When the trace has a right-angled corner, additional parasitic capacitance and parasitic inductance are generated at the corner. The corners of the curved corners should be avoided in the form of sharp angles and right angles to avoid unnecessary radiation, and the process performance in the form of acute and right angles is not good. It is required that the angle between all lines and lines should be 135° or more. In the case where the trace does require a right-angled corner, two improvements can be made: one is to turn the 90° corner into two 45° corners; the other is to use rounded corners, the rounded way is the best, 45 The corner can be used at 10 GHz. For a 45° corner trace, the corner length preferably satisfies L ≥ 3W.

B. In the double-layer circuit board design, the current should first be filtered by the filter capacitor before being used by the device.

C. In high-speed circuit design, whether the decoupling capacitor can be used correctly is related to the stability of the entire board.

The minimum rule of the loop, that is, the ring area formed by the signal line and its loop should be as small as possible. The smaller the ring area, the less external radiation and the smaller the interference from the outside.

Corresponding to the ground loop rule, in fact, in order to minimize the loop area of the signal, it is more common in some important signals, such as clock signals and synchronization signals. For some signals that are particularly important and have a particularly high frequency, copper shaft cables should be considered. The shielding structure design is to isolate the ground wire on the left and right sides of the wire, and also consider how to effectively combine the shielding ground with the actual ground plane.

Mainly for the design of high-frequency signals, that is, the length of the wiring must not be an integral multiple of its wavelength to avoid resonance.

Previous: Why should test point be set in electric circuit board design?

Next: Electric circuit board system classification