Why should test point be set in electric circuit board design?

But In mass production factories, there is no way for you to slowly measure every resistance, capacitance, inductance, or even IC Circuit on each board with an electric meter. Therefore, there are so-called ICT (In Circuit-Test) automated Test machines. It uses multiple probes (commonly known as "bed-of-nails" fixtures) to simultaneously touch all the lines of the parts to be measured on the board, and then measures the characteristics of these electronic parts in a sequence controlled by program. Usually this test general board all parts only need 1~2 minutes or so time can be completed, depending on the number of parts on the circuit board, the more parts, the longer the time. 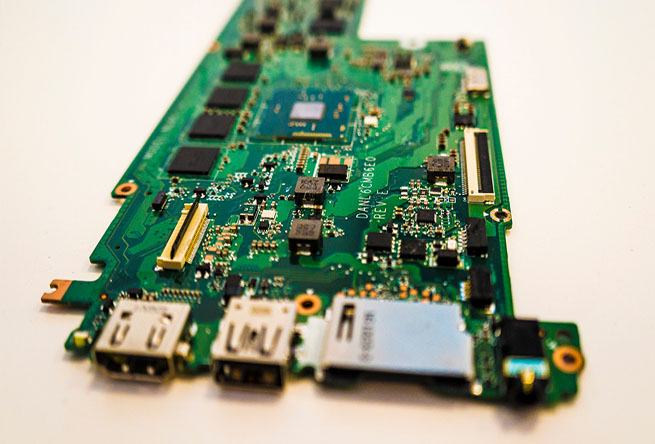 In the early days, when we had traditional dips on the boards, we did use the solders of the parts as test points. Because the welding feet of traditional parts are strong enough, not afraid of needle pricking, but often there will be bad probe contact misjudgment. Because the general electronic components after wave soldering, wave soldering or SMT solder, on the surface of the solder usually form a layer of solder paste residue membrane flux. The impedance of this film is very high, which often causes poor contact with the probe, so it is common to see the production line tester, often with the air gun blowing hard, or rubbing alcohol on the test areas.

As technology has evolved, circuit boards have become smaller. The light above the small circuit board to squeeze so many electronic parts have been a little tired, so the test point to take up the space of the circuit board, often between the design end and the manufacturing end tug-of-war, but this issue has the opportunity to talk about later. The appearance of the test site is usually round, because the probe is also round, which is easier to produce and easier to get adjacent probes closer together, so as to increase the density of the needle bed.

Next: 10 important rules for PCB board layout