The Pcb Industry Is Extremely Thai, But Still Needs To Calm Down

With the increasing number of PCB companies with full orders, is the Chinese PCB industry extremely popular and on the way to advance? However, is the industry really ushering in the spring and recovering, or is it just a superficial phenomenon under economic stimulus? At a time when the impact of the economic crisis has not completely subsided and the world economy has not yet fully stabilized, entrepreneurs should still think calmly and respond cautiously.

In the continuous turbulence of the US stock market, whether it is corporate profits or economic output, the sustainable growth of the world economy seems to be out of reach. However, China's economic recovery has become a reality: According to statistics, China's economic growth in the second quarter was 7.9%, and in the third quarter, it achieved strong growth, reaching 8.9%. At the State Council executive meeting held on October 21, Different from the caution in the second quarter, it is believed that the economic and social development is better than expected at the beginning of the year, and the upward trend has been consolidated.

And China's PCB industry has also ended a treacherous half-year, turning optimistic from the second quarter, and generally recovering to the same period last year in the third quarter, the trend of progress is more obvious.

After a wave of collapse in the FPC market, it was slightly affected in this crisis. When the complete FPC industry chain has not yet formed in China, the FPC market in Taiwan has become a weather vane. Statistics show that benefiting from Apple , HTC, RIM plan to launch new products; Palm is returning to the Smart Phone market, and NB is adopting the positive promotion of LED backlighting. In the second quarter, soft boards increased by 19.8%. The recent real-time communication released by Japan’s EPTE also predicts that Asia ’s PCB Development except Japan will usher in a good development.

Nevertheless, China PCB manufacturing should still take a calm look at the various forecasts and analysis of the current economic upturn. Not to mention whether the amazing Chinese economic data can withstand scrutiny, China's ability to independently promote global economic development is itself questionable. After all, the Chinese economy depends on manufacturing, while manufacturing depends on American consumer demand. The United States has been the undisputed locomotive of the global economy. At the just-concluded Davos Forum, the chairman of Morgan Stanley Asia stated with figures that there is no other group of consumers in the world that can replace US consumers with annual consumption of 10 trillion US dollars, and the supply capacity is the most powerful. China has only a quarter of its own spending power.

Although there are many facts that can prove that the world economic downturn is expected to improve in 2010, but due to the severe damage to the global real economy, it will take some time for the restored economy to adjust. In China, most of the 7.1% GDP growth in the first half of this year was achieved through investment in fixed assets, and bank credits reached a rare 7 trillion yuan in history, and new supply-demand imbalances may be formed. As Premier Wen Jiabao said, "The amount of growth is still the value of growth. This is a problem that China needs to address." 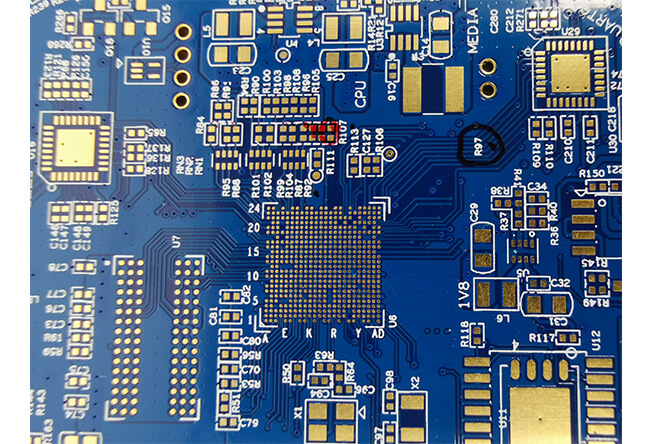 Regardless of the future direction of China and the world economy, it is undoubted that Chinese PCB board manufacturers have ushered in a new round of development opportunities in the context of the deep decline of the global electronic information industry. After a year of adjustment and development, the most difficult period in China has passed. As a PCB company, instead of spending a lot of energy to discuss and predict the future economic environment, it is better to calm down and practice internal strength and physical strength Physical fitness, although it is a cliché, is the fundamental way to cope with all difficulties.

The overall trend of the PCB industry is that the stronger the stronger, the bigger the Evergrande. Through the baptism of the crisis, large PCB companies at home and abroad will become more competitive, and this advantage will become more apparent in the process of economic recovery. At this time, if domestic circuit board companies simply rely on the help and support of national policies instead of focusing on the improvement and optimization of their own strength, once the economy has fully recovered and the market has returned to normal, PCB companies will face greater development pressure, and many Small and medium-sized enterprises that can survive the crisis will eventually be unable to escape the doom that has disappeared because they cannot adapt to the market environment.

The general manager of Shennan Circuit also called in the article that PCB companies should take advantage of current opportunities to actively explore the market by taking advantage of cost. After the electronic products entered the era of small profits, the global PCB production base gradually shifted from Europe, America and Japan to the Asia-Pacific region, mainly China, Taiwan and South Korea. The financial crisis that broke out in 2008 accelerated this trend. The cost advantage of domestic enterprises has always been relatively prominent. If they can accurately seize foreign transfer orders, it will greatly help PCB companies to expand their market share.

Generally speaking, short-term policies for the purpose of bail-out often require another round of policies that really solve practical problems. In view of the lost 20-year lessons of Japan's inadequate policies during the 1990 credit crisis, I believe the country It also keeps thinking about how to move from helpful policies to problem-solving policies. So, PCB fabrication should also continue to pay attention to the direction of policy and industry development. In the follow-up development, more attention will be paid to the trends in the fields of semiconductors, consumer electronics, NB and optoelectronics, and to prepare for a new round of development.

Previous: Do You Know The Process Of Pcb? (On)

Next: What Is A Pcb?