Do You Know The Process Of Pcb? (On)

1) UNIT: UNIT refers to the unit graphic designed by the PCB design engineer.

2) SET: SET refers to the integration of multiple UNITs into an integrated graphic by engineers to improve production efficiency and facilitate production. This is the jigsaw we often say, which includes unit graphics, craft edges, and so on.

3) PANEL: PANEL refers to a board formed by PCB manufacturers in order to improve efficiency, facilitate production, and so on.

The inner dry film is the process of transferring the inner circuit pattern to the PCB.

In the production of high frequency PCB, we will mention the concept of pattern transfer, because the production of conductive patterns is the fundamental of PCB making. Therefore, the graphics transfer process is of great significance to PCB production.

The inner dry film includes a plurality of processes such as an inner layer film, exposure development, and inner layer etching. The inner film is a special photosensitive film on the surface of the copper plate, which is what we call a dry film. This film will cure when exposed to light, forming a protective film on the board. Exposure and development is to expose the film-laminated board, the light-transmitting part is cured, and the non-light-transmitting part is still dry film. After development, the uncured dry film is removed, and the plate with the cured protective film is etched. After the film is removed, the inner circuit pattern is transferred to the board. 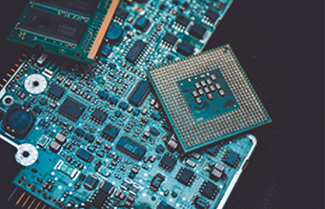 For designers, our main considerations are the minimum line width of the wiring, the control of the spacing, and the uniformity of the wiring. Because the pitch is too small, the film will be sandwiched, and the film cannot be completely removed, causing a short circuit. The line width is too small, and the adhesion of the film is insufficient, resulting in an open circuit. Therefore, the safety clearance (including wire-to-wire, wire-to-pad, pad-to-pad, wire-to-copper surface, etc.) during circuit design must take into account the safety clearance during production.

The main function of the grinding plate: the basic pretreatment is mainly to solve the problems of surface cleanliness and surface roughness. Remove oxidation, increase the roughness of copper surface, and facilitate film adhesion on copper surface.

The processed substrate is affixed to a dry film or a wet film by hot pressing or coating to facilitate subsequent exposure production.

The negative film is aligned with the substrate on which the dry film is pressed, and the negative image is transferred to the photosensitive dry film on the exposure machine by the irradiation of ultraviolet light.

Dissolve and rinse the unexposed dry film / wet film with the weak alkali of the developer (sodium carbonate), and the exposed part remains.

The exposed dry film protecting the copper surface was peeled off with sodium hydroxide solution to expose the circuit pattern.

Previous: Do You Know The Process Of Pcb? (Down)

Next: The Pcb Industry Is Extremely Thai, But Still Needs To Calm Down